Argentum IT LLC has been serving the Louisville area since 2010, providing IT Support such as technical helpdesk support, computer support, and consulting to small and medium-sized businesses.
Categories
Tags 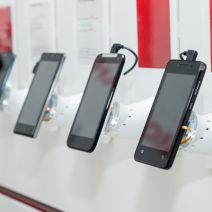 There’s no denying that smartphones are the predominant consumer technology in the world at the moment. Over a billion smartphones were sold each of the past two years, with growth coming in at a fairly impressive 23 percent from 2013 to 2014. Growth is projected to decrease slightly in future years (around 12 percent in 2015), but it’s obvious by now, smartphone usage will be the principal manner people will access the Internet going forward.

As a result, manufacturers look to take advantage of this trend by releasing devices cyclically. One problem many of these manufacturers are having is that devices that were built two years ago aren’t that much different than the ones that are being offered at a premium price today. While this hasn’t halted demand for these devices, manufacturers will need to find other options to outfit their newest offerings with. Here are three devices that will be available in the coming months, each with a different operating system. Each is designed to be the OS’ flagship device, and while there’s plenty of competition from other manufacturers, these three present users the options and functionality they are looking for in a high-end smartphone purchase.

Samsung Galaxy Note 5
Samsung is the talk of the industry today. With their line of s-model phones and Note phablets, they have sold more smartphones over the past two years than any other manufacturer; cornering nearly a quarter of the market in 2014 (24.6%). In projecting the demand, all variables point to the Galaxy Note 5 being a popular item when it is released this summer. As with their flagship device, the Galaxy s6 and last year’s Note 4, this year’s iteration will come with an available Edge option. Samsung has integrated a useful design where the display wraps around the side of the phone to produce a small bar where users can get notifications, control application deployment, even quick-start useful in-phone applications that run in the sidebar interface.

Apple iPhone 6s
Apple has been producing world-class smartphones for almost a decade now, and the iPhone 6s is seemingly no different. With users expecting greatness out of every Apple device, it’s becoming harder for the world’s most profitable company to continue wowing their fans. That doesn’t stop them from rolling out a new version of the device every year. This year’s version will feature the brand-spanken-new A9 processor, which aims to exceed Samsung’s Exynos 7420 processor for computing power. There are also rumors that the newest iPhone will get a body upgrade, after the bendgate snafu reared its ugly head last September. As with the iPhone 6, there will be a 6s plus model that features a larger display.

Microsoft Lumia 940
Windows Phone hasn’t made a big splash in the market since before the first iPhone was released, despite the overwhelmingly positive reviews of the (formerly Nokia) Lumia line of phones. Microsoft may just have something now with their recent release of Windows 10. Microsoft promises to have one single interface that works on every device, including smartphones. That kind of cross-platform congruence could turn out to be a huge benefit to users that want to use the same interface on every device.

These three smartphones represent some of the best the market has to offer, and each manufacturer offers an alternate device (Samsung Galaxy s6, s6 Edge, s6 Edge+; iPhone 6+, and Lumia 940 XL) to give users the ability to choose a different design with similar user interfaces if so inclined. Each OS has its own strengths and weaknesses when compared with the other devices on the market. At Argentum IT, we keep up to date on new consumer technology to provide our clients with a valuable resource when searching for new mobile technology solutions. Give us a call at (502) 473-6407 to learn more.

Dean Lause is a technologist to the highest degree. When he was in middle school, he learned and developed small programs using BASIC programming code on his Commodore 64. He was one of the first to post to bulletin boards on the newly emerging “Internet” and built a mini-network in his home. He competed in his senior year of high school, placing 1st regionally, 2nd in State and 17th Nationally in computer specialist competitions. Today, he enjoys technology as much as he did then. In fact, he has a “Smart Home,” with connected devices controlled by A.I., mobile apps, and voice commands. When he is ready to go to sleep, all he needs to say is “Good night,” and Voila! all of the lights in the entire house turn off, the doors lock, the TV/DVR turn off, the house alarm is set and the alarm clock for the morning is ready to go! After a 4-year stint in the Army as a computer specialist, Dean spent the next 20 years in Fortune 500 Enterprise IT environments. He quickly building his IT skill set, becoming an expert in VMWare and Citrix and various other technologies. Dean served as the Director of Network Infrastructure & Security of North American Operations in his last role before joining Argentum IT and completing his MBA with a specialty in Accounting in 2011. Dean understands not only the technical side of how devices work together and integrate within an environment, but also understands and designs the environment from a business point of view for productivity. He strives to provide cost-savings, efficiency and practicality to solve the real issues that are present for each individual client he works with. Leveraging his 20+ years’ of enterprise-level experience, for the past ten years, Dean has consulted with numerous Fortune 500 companies across the country on issues relating to network infrastructure and security, Citrix XenDesktop, VMWare implementation and capacity planning, Office 365/Exchange Email Migrations as well as Mobile Device Management and Disaster Recovery Planning. He has also been engaged to develop and improve technology processes as well as accomplish technology projects on time and budget. Today, Dean uses all of these skills and more to aid small to medium-sized businesses to utilize technology to run their companies more profitably and efficiently. As Chief Technical Officer of Argentum IT, LLC for the past ten years, Dean has supervised a proactive service desk who educates clients on technology best practices, designed multiple infrastructure environments for clients (both big and small), to fit their needs and built a sizeable hosted infrastructure environment – including VMWare and Citrix “products”. Dean’s breadth of experience affords him a unique view of IT and business challenges, which allows him to help customize and develop unique solutions to solving IT and Cyber Security challenges.

More posts from author
Tuesday, 29 November 2022 Explaining Zero-Trust Pros and Cons
Saturday, 26 November 2022 It’s Time to Start Planning Your 2023 IT Budget
Friday, 25 November 2022 The DBMS Is a Big Part of Your Business Whether You Know It or Not

No comments made yet. Be the first to submit a comment 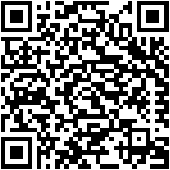 On A Mission To Simplify IT, Dean Lause Turned His Parents IT Struggles Into Inspiration And Became The Premier IT Solution For Small and Medium Sized Businesses in Louisville, Kentucky

Back in the 1980’s, despite owning one of the first home computers, the Tandy TRS-80, society found technology more of a hindrance than a help. But Dean loved technology and from an early age understood it could help.

Learn more about what Argentum IT can do for your business.